We will be honest with you, we do NOT sell cheap low quality Ninja Uniforms. If you are looking for a crappy uniform made of thin bed-sheet material that won’t last a day, we are not for you.

We do one thing here at Kage Ninja Gear…and one thing only, we make awesome Ninja Uniforms!

We’ve done this for the last 10 years and we will continue doing it for another ten. We design and manufacture the highest quality Ninja Uniforms that can be found anywhere. 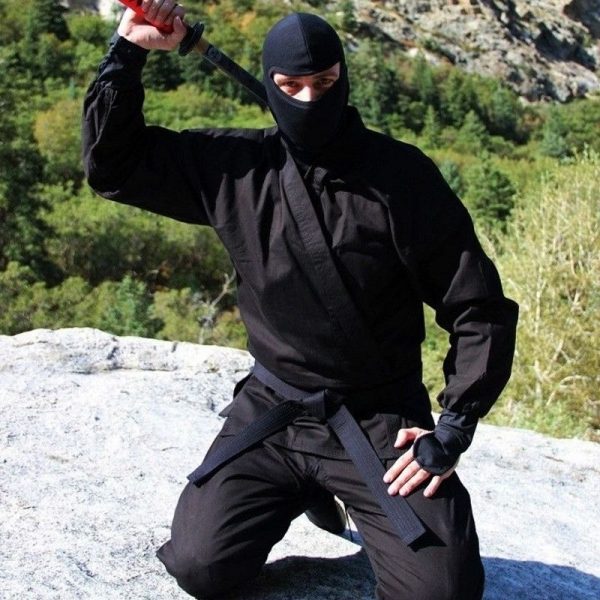 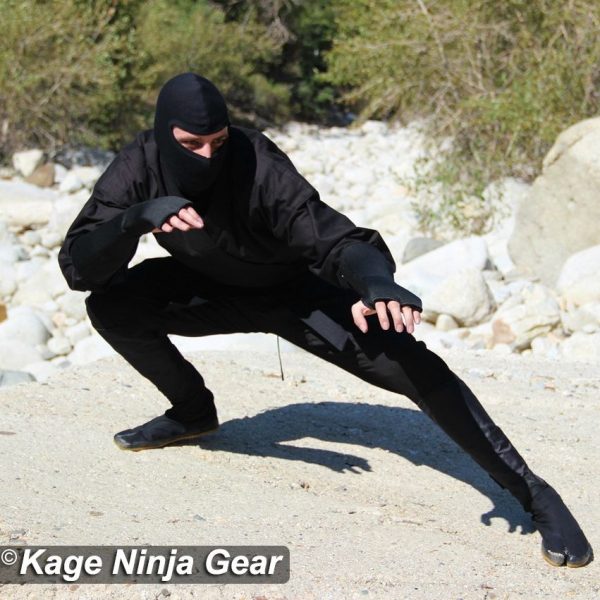 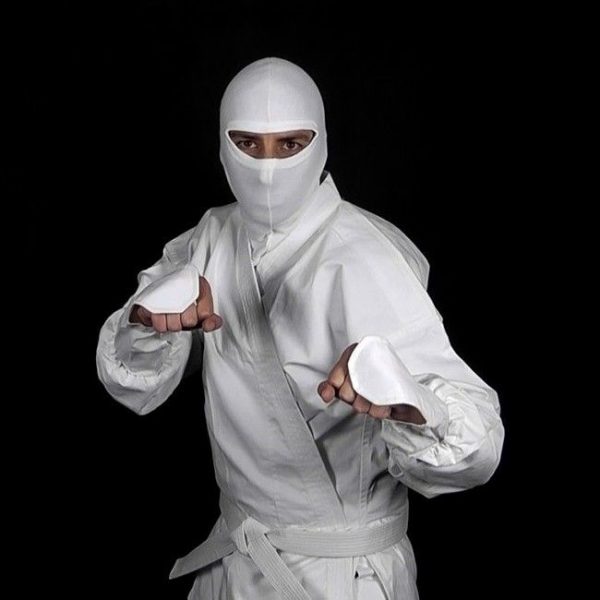 The Origin of Ninjas

The culture and mystery surrounding ninjas has much been mystified in our modern times.

What is often a neglected historical fact about the origins of ninjas is that they begin from very humble roots.

In the feudal era of Japan, commoners did not have access to the resources, weapons, uniforms, and armor that Samurai did. Yet they needed a way to be able to defend themselves.

Samurai often came from noble families and had access to privileges such as funds that allowed them to acquire appropriate gear and horses. This superiority in resources gave the Samurai a powerful advantage over those who are lacking in the weapons and armor that they possessed.

Humble villagers had to develop their own ways to fight back. They had to use what little was at their disposal to give themselves the opportunity to no longer be so defenseless.

This is when the first ninjas, or Shinobi, were born.

These early ninjas had no armor so they chose to avoid direct confrontation. Stealthy assassinations were a favorite method of the ninja.

Many of their weapons displayed their humble origins. They sharpened whatever small pieces of metal they could to stab and throw. This is where the weapon commonly known as a “shuriken” started.

These early ninjas were farmers, merchants, villagers, and even the destitute. They modified whatever they could to create lethal weapons that could also be concealed. The sickle and chain is an example of this ingenuity. Everyday tools were modified into deadly weapons. Hair accessories were sharpened and poisoned to be used for assassinations. Robes and garments were modified to better conceal hidden weapons.

Originating from such humble origins, these early ninjas did not feel bound by the same code of ethics the Samurai held to. This difference in moral perspective is exactly why the warlords of the time chose to employ the ninjas to perform tasks that the Samurai found dishonorable or distasteful.

Overtime these ninjas, or Shinobi, had established a reputation across Japan as frightening enemies.

As the legends of these fascinating warriors have grown over the years it is very easy to forget the level of innovation and determination these individuals had to display in order to rise from such humble origins to become so fearful in the eyes of so many across feudal Japan.